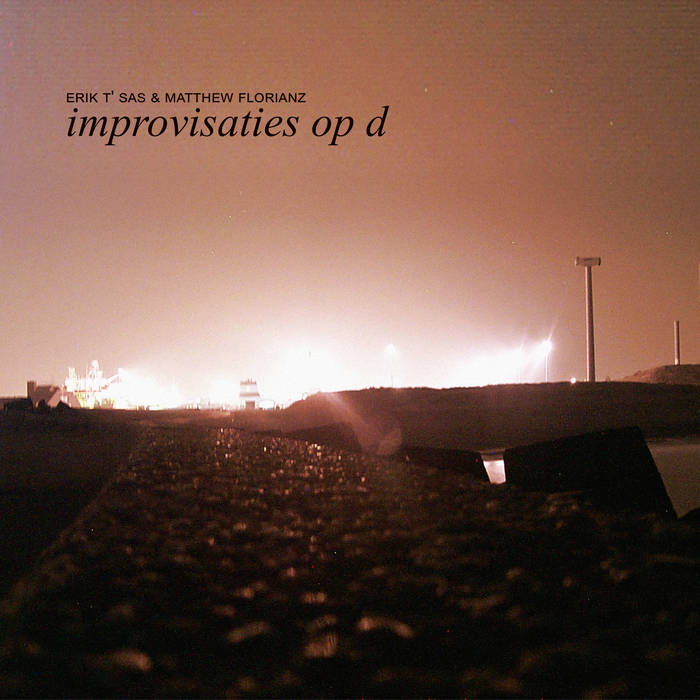 
About the recording:
We had known about each others interest in music, but it had never occurred to actually do something together.

Although style, approaches and ideas differ, the more we played, the more we found a common ground, especially in the d-key. The tracks on this album where all recorded live on Sunday the 29th of October and are completely improvised.

As an album release was not planned, the recordings where not made with a cd release in mind and will reveal some tape imperfections such as hiss and clicks.

On this very limited CDR, Matthew Florianz collaborates with fellow dutch artist Erik t' Sas on six tracks of extremely atmospheric music, which is allegedly the result of improvisations and live recordings made together.

If I'm unfamiliar with Erik t' Sas's works, I was expecting very calm tracks from Matthew Florianz, and I wasn't disappointed. This musician seems to focus on ambient and relaxing music. And from start to finish, this Improvisaties op D is an impressively calm and gentle moment. I don't understand how this music can be improvised (since improvisation seems to me to be often rich in sudden changes), but the tracks work very well and carry a mesmerizing feeling that might come from this instantaneous way of compositing them.

Made of clear and melodic soundscapes that are extremely long, of very distant winds and of soft piano lines, Improvisaties op D is the kind of CD you put in your stereo right before going to bed, when you want to be calm and relaxed.

The anthises of any beat music as well as of noise material, this album is something that walks on eggs, that don't wake children and that stays always gentle. There is often only a couple of sonorities used at the same, and if some passages are near silence, the album isn't bleak enough to be boring.

Reminding slightly of the calmest and most a-rhythmic works by Shinjuku Thief or of the rest of Matthew Florianz's works I know of, this is a nice CD that is pleasant to listen, and gets really interesting when the piano is combined with the synthetic soundscapes (for example on Duisternis and Improvisaties. It should be noted that the textures are well chosen and touching, and that this doesn't sound at all like an slow assemblage of presets.

All in all, a good disc, that only lovers of ambient music will like, but which is very nice in this style.